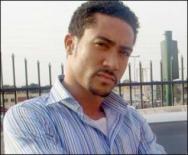 Nollywood made sexy in Ghana

I was confused about what to call this article, not because I didn’t know what I wanted to write about, but I was stuck on how appropriate the headline would be, especially as it is the main story.

I’ve also noticed that some of these films are more daring and it’s usually the Ghanaian actors and actresses who are willing to go the extra mile and not for acting but in their willingness to bare it all.

The best example of this is Forbidden Fruit directed by Ghana-based Nigerian Frank Rajah Arase. Ordinarily, this would have been a very riveting film. It’s perhaps, the first Frank Rajah Arase film that I like.

The story is not predictable and it moves fast enough to sustain the viewer’s suspense. It’s almost adequate compensation for such jokes like Rihanna and Beyonce, etc, from Frank Rajah. Unfortunately, Forbidden Fruit has too much explicit scenes of sex. And it’s noteworthy that it’s the first Nollywood film where I see a man’s naked backside while he is sleeping with a woman. That man is Majid Michael and there are series of action shots where he’s shown in a hotel sleeping with different women in quick succession, perhaps, over the period of a weekend. The point being to show him living it up after shooting his friend.

Also, as far as I know, I see my first topless shot of a woman in a Nollywood film. At this juncture, it may be useful to ask what constitutes a Nollywood film, is it a film with a Nigerian director/producer or a film shot in Nigeria? Can we then call these Frank Rajah creations Nollywood films, technically?

Whether the answer to the above questions is yes or no makes no big difference if I can buy the films from my wheel barrow customer in Gwagwa in the outskirts of Abuja. I know pornography is everywhere, on the book stands, etc. But at least, it’s obvious what they are. When I buy a Nollywood film, I have a fair idea of what to expect: people screaming at each other over something that’s not quite clear, a soundtrack that’ll serve as a very good guide/synopsis, anything but pornography, no matter how it is dressed. It doesn’t matter if it has one of my (current) favourite actors – Majid. The film could still have been made without the nudity and extra graphic scenes.

Without meaning to belabour the point, the Censors board and everyone concerned needs to take a look at the Forbidden Fruit.