World Cup events will be held at the Moses Mabhida stadium.  It has become one of Durban’s leading tourist attractions.

The new $450 million arena was name after the anti-apartheid activist and hero of the black working class but some South Africans say his memory is being trampled on by people who are using the stadium to harass the disenfranchised.

“They should have called this stadium PW Botha- an oppressor-not Moses Mabhida, our father.  It just makes a mockery of what he represented,” says Jhannes Mzimela, who sells ice-cream for a living.

Mzimela believe the local traders are being subjected to “hostile raids” by Durban’s municipal police when they are found operating near the stadium or any of the sites earmarked for the World Cup.

Football’s world governing body, FIFA impose regulations that stipulates that no one but its commercial partners are allowed to trade or promote their products in the immediate vicinity of all World Cup sites.

Clement Zulu has been selling ice-cream for the past 25 years, accuses the Durban municipal police and the Moses Mabhida management of promoting inequalities between the “haves and the have-nots.”

Zulu said, “Big businesses who don’t even need the money like we do are the ones who will be able to sell here – they can afford to pay whatever is necessary for a permit.”

The penalties for transgressors will be a spell in jail or a fine based on the company’s profit.

The stadium mangers declined to comment on the street vendors’ comments but FIFA argues that they must protect the official sponsors from “ambush marketing” by those who would want to profit from the event without having contributed financially.

Many traders say they do not know how to apply for the permits.

South Africa has spent billions of dollars renovating airports, hotels and building a brand new football stadium in some of the nine host  cities to accommodate approximately 450,00 international fans.  It hopes to make most of the money back during the World Cup but the street vendors say they now know they won’t see a cent of those profits.

“The police chase us away from the stadium like we are criminals,” says Nguban, he sells cold drinks and crisps.

“If this is the wrong way of living, then they must show us the right way because when we I look for a job I can’t get one and when I sell in the streets my trolley gets confiscated.”

2010-07-08
+palavahut
Previous: Togo’s Ban is Lifted after FIFA Mediates
Next: Nigeria’s Only Queen 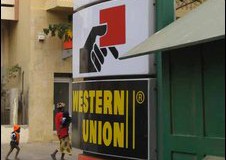 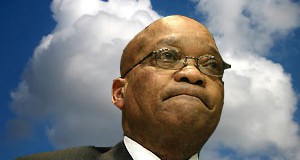