Home / Magazine / Entertainment / Movies / What Africans Think About The No. 1 Ladies Detective Agency 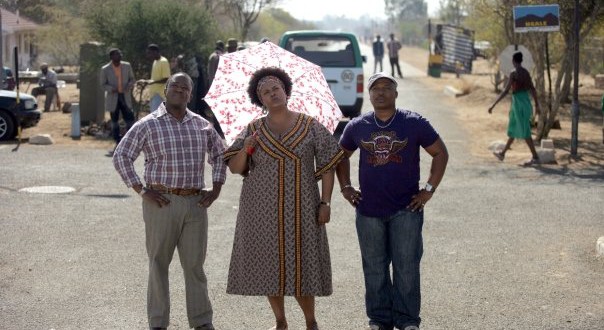 What Africans Think About The No. 1 Ladies Detective Agency

The No. 1 Ladies Detective Agency has been received well after premiering last month on HBO but what do Africans think of it?

All we knew was that filming was taking place in Botswana and not on a sound stage somewhere and that Jill Scott was playing the lead role.Â  We were happy that Hollywood had come to Botswana but we were concerned with whether an African-American woman could pull off paying an African woman and all her essence.

We waited on the edge of our seats on March 29th as the highly anticipated series premiered on HBO and after it was said and done, the reviews are mixed.

Thato Rantao Mwosa is from Botswana and is the award winning director of many short films and the popular show Yama’ Afrika about African women living and finding their way in New York City.Â  Here is her take of The No. 1 Ladies Detective Agency:

“I was conflicted after I watched the first episode; the pseudo accents, the romanticizing of Botswana, the time period props at odds with each other (here we have someone using a 1980’s type writer and then the other using a digital camera and talking about a blue-tooth), the depiction of Gaborone as a township. The characters are over the top, the fashion is so superficial, so many things to criticize. But I loved it!Â  It was surreal watching Botswana, my country! I realized that there is no need to complain but there is a need to celebrate. Here is the first time in America that Africa is shown in a different light on a TV Show Series for that matter. As idealistic as the show is, I think itâ€™s a huge step in the right direction. I hope Hollywood will step away from this distortion and victimization of our continent and follow the example of this show. Viva Afrika!”

Others feel like the show is depicting Africans as slow and not very smart.Â  They say the cases are too simple and can be solved in people’s sleep.Â  There is also criticism that most of the lead characters are either African American or from the UK.

After the over the top Hollywood depiction of Coming to America it is nice to see normal Africans on American television.They may not get everything exactly as we would like but this is indeed a wonderful step in the right direction.