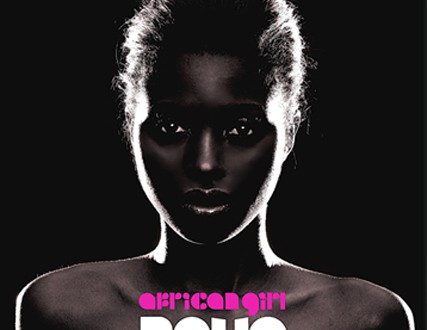 Nayo’s stints in America and Britain that have truly shaped her music. But that is no bad thing, if you’re after songs that take up at the cocktail-noir point where Sade’s Smooth Operator left off.

It doesn’t bode well, the fact that the amazon.co.uk customers who have ordered African Girl also bought the Leona Lewis album. But their easy-listening similarity stops where their personalities begin. Lagos-born Nayo Abidoye is a soignÃ©e chanteuse who has mastered the art of the sidelong glance and the come-hither purr, making her debut record just the thing for Sunday-morning hangovers. Be warned, though, that there’s little evident African influence, other than on the a cappella 1+1, which enumerates the wrongs endured by Nigeria (“Let’s talk about injustice, let’s talk about imperialism,” she sings, going out on a limb for the only time on an album otherwise devoted to brooding about chaps with names like Mr So & So). It’sNayo is sweet. There’s an adorable girlish personality, an accent peppered with a slight American lilt, and a contagious smile. She acts extremely mature, but I tell her she looks young. One would guess she’s 20 to 25. “Once you’re 21, you’re not supposed to tell your age,” she says, knowingly. “But I have experienced a lot in such a short period on time.” She’s a newcomer to this game and is conscious of saying all the right things, hoping to paint the last few years she’s strived to create her very first album in bright, primary colours.

In Nayo’s world, the calamitous state of the nation she boldly salutes isn’t something she should complain about. “It’s overpopulated so that’s good,” she smiles. “It’s the New York of Africa, as they say… Nigerians are survivors, and that’s one thing that I learned. The country’s been plagued with a lot of negativity, but one thing is that… we are survivors, and given the opportunity, we will excel.”

Rushing to complete her debut is a challenge, rather than a headache. Chart positions, radio spins, or A-List associations are the least of her concerns. You’ve got to love her – this girl’s glass is always half full. “If people had a positive outlook and saw things as a positive as opposed to a negative, I think we’d get a lot more ahead with results,” she concludes.
It’s worked in her favour, and the proof is in the beginnings of an album which honours Sade’s approach to music making, while taking its hat off to her fellow heroes Astrud Gilberto, Bob Marley and Everything About The Girl’s Tracey Thorn. Hypnotic melodies are fused with Latin and afro beats, and the occasionally weighty numbers are clearly sung from the soul. “Mr So and So” is a heart-rending ballad while “1 + 1” is a subtle lament about social injustice. The African Girl album is an intelligent and artful tribute to her life, says Nayo, and she’s not ashamed to share it.

Her producers, The Misfits, knew they were onto a winner when she sought their services a year ago. They’ve hooked up tracks for the likes of Darius Danesh and Alison Moyet, and this is one of their most exciting projects. “She’s got a really distinctive voice, and it’s the kind of voice that hasn’t been heard for quite a while,” says Pete Glenister. “So I was interested in that, and the mix with that and the sort of African feel, and a slinky groove. I think it’s interesting for a young singer to come along and do that.”

“I think the main thing is that she doesn’t sound like anyone else,” adds Deni Lew. “We get a lot of people coming in, sending stuff in, wanting to work with us, and there’s someone in the marketplace at that time that you can really pin it on and associate it to. But she doesn’t sound like anybody out there right now, in terms of her tone and her songs – even though it fits in with the sort of singer/songwriter revolution right now. I love Sade and she reminds me of her. But even though she reminds me of her a lot, she’s not doing the same thing.”

Ironically, tragedy would be the catalyst that would encourage Nayo to embrace her culture again and ignite her career, after living abroad in the UK and the US for a number of years. Growing up, Nayo’s father wanted her to be a doctor, keeping in the tradition of many Nigerian households where opting for a music career is almost grounds for life-long banishment. “I didn’t really have a choice in the matter,” admits Nayo. “He was like, “You’re not going to embarrass the family”. My family name that I bore, I had to respect and carry lots of pride.”

But she rebelled, and after finishing her A-Levels in London, went to a university in California, enrolled as a chemistry major, than later switched to business with finance – a degree more befitting for a rising star. “He was appalled because I told him in my third year. He thought maybe my music was some hobby or so. So when I really started to pursue it, I think he was more concerned, like ‘how am I going to make a living out of this?'”

Still, she began to make a name for herself in the Los Angeles music community and interned at various record labels. She even signed a development deal with Sony Music. But the sudden death of her father in 2004 forced her to return to Nigeria. During the mourning period, she found herself acknowledging traditions she had long forgotten. “The community and the sense of family and belonging… it was like some sort of exodus, again to me,” she recalls. “I reconnected with my roots. It was like, these are my people. These are the people that are gonna tell my story. These people are strong people. Unfortunately, they are plagued with so much negativity, but it was seeing the positivity amidst a terrible thing that had happened. Seeing that, it was like wow, I can live again. There is hope.”

The trip played a significant role with her music. Although she returned to LA in 2005 and recorded a snazzy track called “Party Fever” (the remixes managed a good run on the European dance charts and the Billboard Club Play charts) her music today is very influenced by the moth

erland. “I listened to a lot of Fela [Kuti] out there. I listened to a lot of Bob Marley. And a lot of African artists… I realised these guys are being true to their art. They’re doing music for what it is. There isn’t any celebrity involved. And that’s where I got the idea, whatever I do… music has always been something I’ve been passionate about, but the art that I did was gonna touch, move and inspire others, like these guys have inspired me.”

Nayo is now living in London, managing her self-made record label, Fyro Music, with a quality team around her. Her biggest priority is finishing the album, a labour of love that’s an aural pleasure as well as a striking statement. She explains her master plan: “I would like to know that my hard work has been accepted by my people, and people in Africa, amidst anything or any uprising in their immediate environment, to know that they can do anything they want to. I commend people like Bono and Bob Geldof, and what they’re doing, but I do hope that with their movement, I can join in on some level and make a difference.”

Single ‘African Girl’ is released on 5 March by Fyro Music