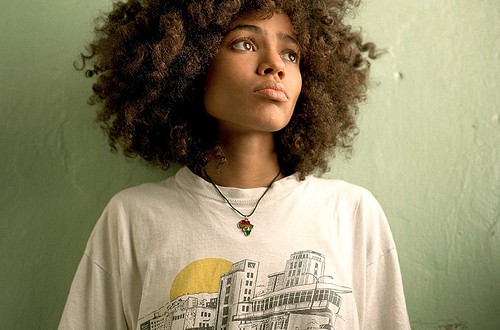 On May 13th and 14th, Afrisonore, an online platform profiling African music, will premiere “The Afrisonore Unplugged Series” with a special performance by singer songwriter Nneka.

Her musical career took off in 2005 and since then she has increased her reach, and widened her range. Her debut album Victim of Truth (released in the UK in 2007), encompassed a mixture of hot loops, black consciousness and 21st-century soul music – was garlanded with praise by the British media. ‘As good as The Miseducation of Lauryn Hill,’ said UK’s The Sunday Times. Nneka is the daughter of a Nigerian father and a German mother, Nneka Egbuna was born in Warri, Oil City in the Delta region of Nigeria.

Afrisonore unplugged series is a set of intimate acoustic performances showcasing the divergent and fresh sounds in contemporary African music. The artists profiled in this series display African influences through stylistics and sounds, and  their message highlights some of the socio-economic issues facing the continent. The first show will be in  New York City on Friday, May 13th, 2011 at the legendary Sounds of Brazil (S.O.B.) from 11pm to 4am followed by an encore in Washington, DC on Saturday, May 14th, 2011 at the preeminent  lounge, The Park at Fourteenth from 5pm to 10pm.

Tagged with: afrisonore nneka sob sounds of brazil the park