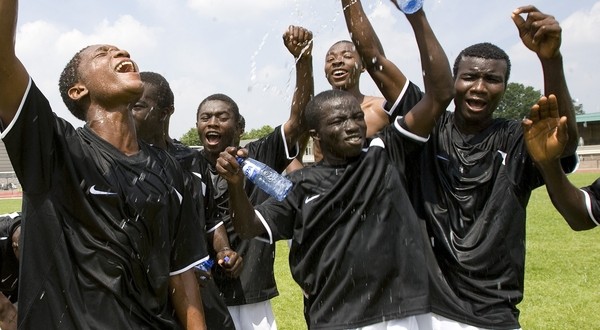 In 1999, Tom Vernon established the football school “Right to Dream Academy” in the city of Kumasi. The academy places emphasis on academics as well as football.   Graduates have gained scholarships at universities in the United States.

While Vernon coached teams in the Ghanaian Premiere to tap the country’s wealth of enthusiasm for football and the talented young foot ball players that did not have opportunities to develop their athletic ability and get a quality education.

“I was struck by the talent of the kids and the lack of potential being fulfilled when they get to premier league level,” he told CNN.

“So we decided to look at the problems the kids might be facing as they grew up between 12 and 18 try to do something about the academy.”

Vernon said the youngsters often had to contend with poor education, poor nutrition and a lack of a stable home environment.

“They had an awful lot of pressures to work long hours for their family, meaning they didn’t really have the time to concentrate on education and the talent they had, and spend some time having fun as well,” he said.

In 2006 Emmanuel Boateng began attending Right To Dream.   Boateng’s talent and hard work lead to his acceptance and a scholarship at the prestigious Cate boarding school in California.  September 2009 he began attending classes on scholarship.

“I know I can play the football, but now my main concern is to be a doctor,” Boateng told CNN before he travelled to the US.

“My secret is to put much effort in everything that I’ll be doing over there.  When we are doing something in class I’ll make sure I do everything extra so that I’ll catch up with them.”

Vernon said Boateng, has been true to his word.  “Cate School is one best in California and I’ve been told he’s the first kid at the school to get straight as in his first term.”

Successful candidates are given full scholarships to live, train and study at the academy, funded by the academy’s sports tourism business, and private donors.