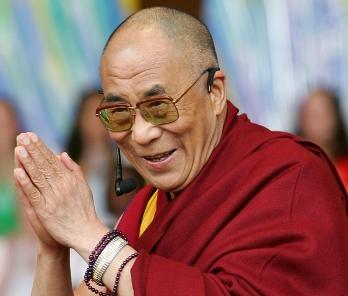 No Dalai Lama, No Peace Conference

The South African government refuse to issue a visa to the Tibetan leader, the Dalai Lama to attend the World Peace Conference and cause an uproar all over the world.

â€œI feel deeply distressed and ashamed.â€ These were the words of Nobel Peace Prize winner Archbishop Desmond Tutu against the South African government after they refused to issue a visa to the Tibetan leader, the Dalai Lama.

On March 27, 2009, South Africa was supposed to host the first ever World Peace Conference. Among the confirmed participants were South Africaâ€™s three Nobel laureates; former presidents Nelson Mandela and FW de Klerk, and Tutu. As the date drew closer, however, it emerged that the Dalai Lama had in fact been denied a visa byÂ  the Department of Home Affairs.

In a series of denials, the spokesperson of the Department, Ronnie Mamoepa, was quoted by several news sources as saying that it was in the best interest of the country for them not to invite the Tibetan spiritual leader. When pressed to elaborate, he would not give an answer. â€œAs far as the South Africa government is concerned, no invitation was extended to the Dalai Lama to visit South Africaâ€¦so therefore the question of the visas doesn’t exist,â€ Mamoepa stated.

When asked if South Africa was bowing to diplomatic pressure from China, which has strained relations with Tibet, Mamoepa told SAâ€™s Sunday Times, â€œThis (the decision not to invite him) is an independent, sovereign decision.â€

However, Dai Bing, the ministerial counselor at the Chinese embassy in Pretoria, was quoted by the paper as saying that his government had â€˜appealedâ€™ to the South African government not to allow the Dalai Lama into the country, warning that if it did so, this would harm bilateral relations.

The South African government later admitted that they were indeed bowing to diplomatic pressure from China. As a result, Archbishop Desmond Tutu issued a scathing attack against his government, saying â€œI will condemn government’s behavior as disgraceful, in line with our country’s abysmal record at the United Nations Security Council, a total betrayal of our struggle history.Â  We are shamelessly succumbing to Chinese pressure. I feel deeply distressed and ashamed.â€

Mandela and de Klerk have since boycotted the conference, adding their voices to the growing protest against South Africaâ€™s decision, and Chinaâ€™s strong arm approach.

The Dalai Lama has still not been issued with a visa.

Previous: Another Scandal at Oprah’s Leadership Academy
Next: Become part of a new movement …