AfroExposure 2011 (www.afroexposure.com) is going to be promoted on the Howard University Radio (WHUR 96.3 ) as part of a promotional package. This promotional package encompasses promotional ads that will be played during the upcoming week at peak shows such as the Steve Harvey Morning  Show and Michael Baisden Show and giveaways during the Frantic Friday gift pack which takes place every Friday. In addition, there is also a scheduled interview in the works with PalavaHut Inc leadership on the DC Carribean Music show that comes on every Sunday evening.

“Very rarely can people claim that they are part of something new” states Will Roberts, President of PalavaHut. “But if ever they do, this is such a time and such an event.” People at this event will be a part of a new wave of entertainment that strives to reach far beyond the normal reach of regular events. AfroExposure has employed a wide reaching marketing strategy and a number of the internet technologies to bring audience much closer to what they want.

Infiniti Media Group (www.infinitimediagroup.com), a key sponsor and partner of the 2011 AfroExposure, was instrumental in getting this agreement in place. This connection with WHUR ensures a greater coverage for the AfroExposure brand name in the Washington DC area where the WHUR leads all  other stations.

This is year one of many more innovative years to come with the AfroExposure brand and PalavaHut Inc delivers a great platform that will captures all audiences both young and old.

For more information about this event including how to get your tickets – please visit our website at http://www.afroexposure.com or contact us via phone at 571-327-0488.

AfroExposure 2011 sets the stage for an epic event with media partner IDOA Ent. 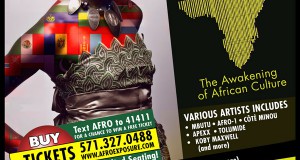 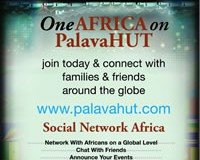