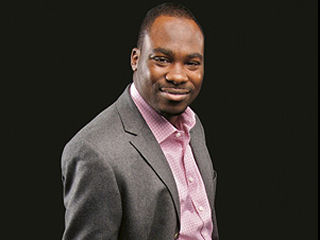 Entrepreneur Alexander Amosu keeps luxurious ideas coming as he unveils the world’s most expensive suit. The name Alexander Amosu should be synonymous with luxury.  This African brother does nothing and we mean nothing, on a small scale.  Alexander went from working at Pizza Hut to becoming the owner of RNB Ringtones, UK’s No.1 provider of ringtones and graphics.

The overnight success did not go unnoticed by Alexander’s peers or the media. Alexander was awarded Young Entrepreneur Of The Year at the Institute of Directors by Black Enterprise Awards 2002, Africa’s Best Award at the GAB Awards 2003, also receiving London African Caribbean Entrepreneurs Award 2004. Alexander has also been featured in the Sun, News of the World, Sunday Express and the Guardian newspaper as well as appearing on MTV, Bravo, Nickelodeon and Ben TV.

There are several companies under Alexander Amosu’s umbrella of entrepreneurship.Â  AA Trust creates an atmosphere for up and coming entreprenuers in the community.  Mobscasino brings the casino to your cell phone. Mobsvideo offers free mobile video service. Amosu Mobile Phones is the company that showcases Alexander’s big luxury ideas.  When Amosu says “luxury & customised mobile phones for the rich, famous & sophisticated”, he means just that.  Suddenly an iphone becomes diamond encrusted and costs you a pretty £20,000.

The suit Alexander recently revealed in London cost £70,000. Only the finest material was used for this suit. The world’s most expensive suit is going global, next launch/unveiling will be in Cannes, Monaco, New York/LA, Abu Dhabi and then Africa 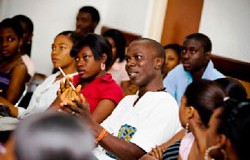