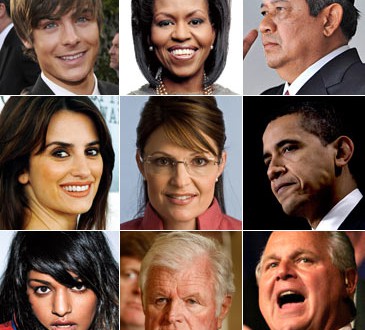 Time Magazine lists 100 of the world’s most influential people and four Africans make the cut.

Rwanda’s President, Paul Kagame, is the face of emerging African leadership. His reconciliation strategy, management model, empowerment of women in leadership and insistence on self-reliance are transforming a failed state into one with a bright future.

Kagame’s leadership has a number of uncommon characteristics. One is his willingness to listen to and learn from those who oppose him. When journalist Stephen Kinzer was writing a biography of Kagame, the President gave him a list of his critics and suggested that Kinzer could discover what he was really like by interviewing them. Only a humble yet confident leader would do that. Then there is Kagame’s zero tolerance for corruption. Rwanda is one of the few countries where I’ve never been asked for a bribe. Any government worker caught engaging in corruption is publicly exposed and dealt with. That is a model for the entire country â€” and the rest of the world too.

Facing power with truth, demanding justice and making change possible are things that are easier said than done. It takes courage, resilience and a belief in one’s own voice and truth â€” qualities that Hadizatou Mani, a woman who was sold as a slave at the age of 12, possesses, not out of her wealth or education but out of her simple and most essential belief in human dignity and women’s rights to equality and justice.

Mani, now in her mid-20s, was sold into slavery for $500 in 1996. Her home country, Niger, outlawed slavery in 2003, but the practice still continues and manifests itself through the trafficking of mostly women and children â€” not just in Niger but in many other parts of the world as well. It is not easy to know you are worth more than what you are being told, to know you have the right to stand up against injustice, to know the world is still beautiful and safe despite its horrors. Not too many of us have the constitution to stand against power as Mani did when she took her country to a West African court for failing to enforce its own laws and denying her right to freedom. “I knew that this was the only way to protect my child from suffering the same fate as myself. Nobody deserves to be enslaved,” she said. And she proved it when she won her case in 2008.

Dambisa Moyo is part of a generation of Africans who have studied modern economics and finance and pursued careers in developed economies. They know how the private sector works, and they have seen how millions of people have escaped poverty thanks to economic growth and the jobs it has created. From that perspective â€” and from a deep concern for her native Africa â€” Moyo, 40, has written Dead Aid, an indictment of the “development industry” for creating destructive aid dependency in Africa.

Moyo, who was born in Zambia and educated at Harvard and Oxford, contends that aid has made African governments unresponsive to the real needs of their people and indifferent to the private sector. It props up corrupt governments and, in the worst cases, it has abetted regimes that have destroyed some African countries.Â

Hogan, 57, joined the African National Congress (ANC) after the Soweto uprising in 1976, even though the organization had been made illegal. She actively resisted apartheid and organized consumer boycotts, and for this, she served eight years of brutal incarceration in Pretoria Central Prison.

After being released in 1990, she rose through the ranks of the ANC and now has enough power that when President Kgalema Motlanthe appointed her Minister of Health in September 2008, she could engineer a radical change of South Africa’s national AIDS policy.

Hogan’s predecessor recommended garlic and beetroot as treatments for HIV. But Hogan stands up for truth, for what is right and for what must be done. She has acknowledged that HIV causes AIDS and has embraced antiretroviral drugs. She has pledged that pregnant mothers with the virus will be treated with nevirapine to stop transmission at birth â€” ending a policy of denial that was responsible for the loss of an estimated 330,000 lives. Not bad for less than one year in office.