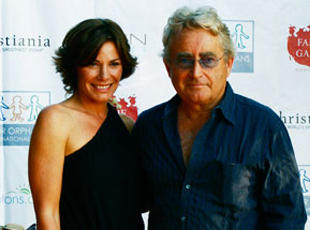 Ethiopian Mistress Breaks Up the Count and Countess

Â Fans of Real Housewives of New York are shocked by the news that cast member Countess LuAnn de Lesseps’s marriage is no more.

Reality tv fans are pretty observant.Â  Count Alexandre de Lesseps hasn’t made an appearance this season and the few times he was mentioned were not pleasant.Â  Something had to be wrong.Â  First Countess LuAnn de Lesseps yells at her husband when he doesn’t show up to their daughter’s competition then a full cat fight errupted after another cast member, Ramona talks about how old the Count looks and the Countess takes offense. Â Â

Countess LuAnn and her husband, Count Alexandre have split after 16 years of marriage.

“It is obviously a very difficult time for the countess and count, but they plan to remain friends and their primary focus will be to do what is best for their two children,” the reality star’s rep, Elizabeth Rosenthal, said in a statement.

The count allegedly was having an affair and let his wife know just after they celebrated their anniversary.

“She got wind he was seeing somebody and he didn’t answer her when she called,” a “close pal” tells the New York Post. “He finally sent her an email saying he was with an Ethiopian woman in Geneva, and he was serious with her.”

The name of the Ethiopian has not been revealed yet.