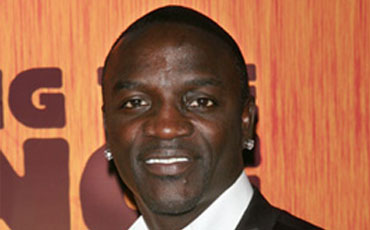 Africa’s hardest working man continues his quest to rule the world with his latest venture, hitlab.com.

Akon spent last night with Whoopi Goldberg, The Blind Boys of Alabama, and Phylicia Rashad at Breaking The Silence, Beating The Drum, a project in conjunction with the United Nations.

Akon is all over the radio with hit after hit with artists from the new school and old school. He recently shot a video with Lionel Richie for a song off of Lionel’s album that he is featured on. And of course his own video for Beautiful is in heavy rotation.

Hitlab.com is a place for up and coming artists to upload their music to be analyzed in the DHS lab. Akon and others can vote on your music. There is even a chance to be a part of a showcase and possibly get signed to Akon’s Konlive or Konvict Music.