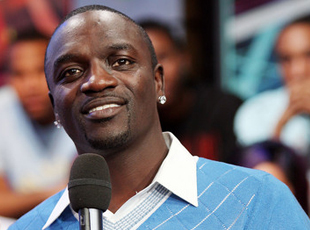 Akon, like any African likes his football!Â  He’ll be behind the scenes putting together the anthem and music for the anticipated 2010 World Cup.

He told the folks at Radio 1 Big Weekend: “I’ve been hired as musical director for the World Cup. I will be overseeing the World Cup anthem and music at the ceremonies and I’m off to South Africa this week for meetings.

“I love football so it’s a great honor. Chelsea is my team in the UK but I’ll support South Africa in the Cup.”

Even though David Beckham is one of the numbers in his cell phone and he considers him a friend, Akon has refused to ask David Beckham for any advice saying, “I know David, he’s my man. But I’m not asking for his advice. Footballers should stick to football.”