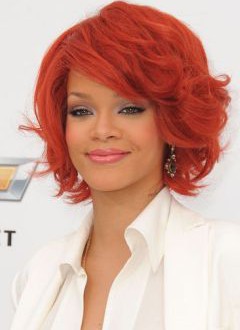 Barbadian beauty and international pop star Rihanna seems to be everywhere nowadays and she is anything but shy about her maximum exposure. This lovely chameleon is notorious for keeping us on the edge of our seats about her whirlwind style evolution and electrifying music career.

Rihanna’s latest venture will have her starring as the newest scintillating spokeswoman of Armani.

The singer is slated to star in the autumn/winter 2011-2012 ad campaigns for Emporio Armani Underwear and Armani Jeans, following in the footsteps of fellow sex symbols, actress Megan Fox and fashion designer Victoria Beckham. The sure-fire campaign is scheduled to be shot in New York City in September, reports Vogue.com. With Rihanna gracing another one their blockbuster-like ads, Armani will once again be the buzz of the campaign world. When soccer sensations David Beckham and Cristiano Ronaldo were both tapped to bare their assets for Armani’s jeans and underwear ads, people everywhere were vying to get a glimpse.

Rihanna raised eyebrows earlier this year when she was rumored to have posed topless for Nivea’s latest promotional campaigns. Landing the contract with the cosmetics giant was actually perfect timing since Nivea will be celebrating its 100th anniversary. According to NYDailyNews.com, Nivea selected the Rihanna for their “largest ever digital mobilization campaign in social media” because of her popularity and large following on social networking sites. 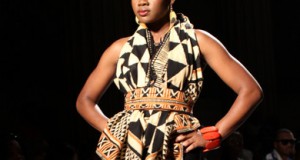