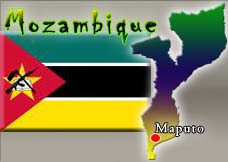 After Zambia pulls out citing the current global financial crisis, Maputo, Mozambique is the new host for the 2011 All-Africa Games.

The decision was made by the general assembly of the Supreme Council of Sports for Africa on Friday.

Mozambique will take over from Zambia, who pulled out last year saying that the competition was too expensive to stage given the current global financial crisis.

Football is one of as many as 24 sporting disciplines played at the Games.

“We have a sports complex in place, and in November next year the new National Stadium will be ready, for football and athletics,” he said.

“So we only have major refurbishment to do to the infrastructure at the sports complex. We have lodging capacity for the athletes.”

Current holders Cameroon are the most successful team in the men’s football event at the All-Africa Games, having won gold four times.

Women’s football was introduced at the 2003 edition, with Nigeria winning gold then, and again in 2007.