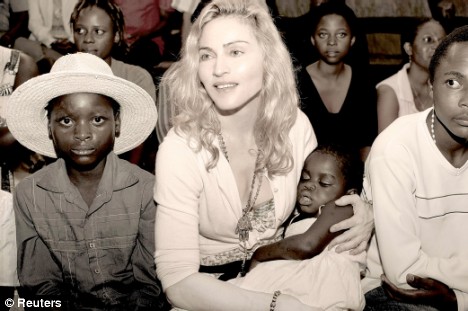 After denying Madonna’s adoption bid on Mercy months ago, things finally go in Madonna’s favor after she appealed the decision and Malawi agrees to a second adoption.

Malawi’s highest court ruled Friday that the Madonna can adopt a second child from the African nation, citing her love, determination, and “income tax returns.”

In granting Madonna custody of 3-year-old Chifundo “Mercy” James, the court extended the definition of residency and brushed aside concerns by human rights groups that the nation is bending laws meant to protect children in a country where half a million have lost a parent to AIDS.

“I am ecstatic,” Madonna said in a statement in which she also thanked the court. “My family and I look forward to sharing our lives with her.”

Madonna’s lawyer Alan Chinula said the adoption was final with Friday’s ruling, although this could not immediately be confirmed. He said he would now arrange a passport for Mercy, which could take several days, and was awaiting word from Madonna on travel plans for the little girl, whose mother died soon after giving birth.

Madonna, 50, adopted a son, David, from Malawi last year. Her request to adopt Mercy was rejected in April by a lower court that said the star had not spent enough time in Malawi.

Chief Justice Lovemore Munlo, reading the three-judge appeal court panel’s ruling on Friday, said that was a narrow interpretation based on old laws and that “in this global village a man can have more than one place at which he resides.”

He said the singer’s commitment to helping disadvantaged children also should have been taken into account in the decision.

Madonna founded a charity, Raising Malawi, here in 2006. It helps feed, educate and provide medical care for some of Malawi’s orphans.

The judge said Madonna had shown herself to be “intelligent, compassionate, articulate and determined since the early age of 6 when her mother died,” saying the young Madonna had helped raise her siblings.

And he said “her latest income tax returns shows that she is financially stable; she can therefore look after the needs of” the little girl.

Children’s welfare groups had expressed concern that rules meant to protect children were being bent because of Madonna’s celebrity, and perhaps out of gratitude for what she has done for Malawi.

When Madonna adopted David, the process took months and included a child welfare official’s visit to Madonna’s home, which then was in London, to review her fitness as a mother. Chinula said none of this would be necessary this time.

“What the Supreme Court has done is grant a full adoption,” he said.

“The matter of residence should be determined at the time of application of the adoption,” Chief Justice Munlo read. “In this case, Madonna was in Malawi not by chance but by intention. She is looking after several orphans whose welfare depends on her. She can therefore not be described as a sojourner.”

The ruling also said the judges saw only two options for Mercy: “either to stay at the orphanage without the love of family and live with the possibility of destitution, or be with Madonna where she is assured of love.

“Every child has the right to love,” it said.

Madonna met the girl in 2006 at Kondanani Children’s Village, an orphanage in Bvumbwe, just south of Blantyre. It was the same year she began the process of adopting David, whom she found at another orphanage in central Malawi.

The girl’s 18-year-old mother was unmarried and died soon after she gave birth. Since Madonna moved to adopt the girl, a dispute has arisen between the girl’s maternal relatives, who agreed to the adoption, and Kambewa, who says he is the father and wants to care for the girl himself.

The girl’s maternal relatives have said they do not believe Kambewa is the father, and his objections were not addressed in Friday’s ruling.

The chairman of the coalition of non-governmental organizations that had opposed Madonna’s adoption efforts said Friday’s ruling “disregarded” international agreements on children’s rights and adoptions.

Undule Mwakasungula also took issue with the argument that because Madonna has made an investment in the country and has interests there, she could be considered a resident.

“We are a bit surprised but we can’t challenge it because the Supreme Court has ruled and we have to go with that,” he said.

What do you think of the Supreme Court’s decision?Â  Is this the best decision? Sound off and let us know. 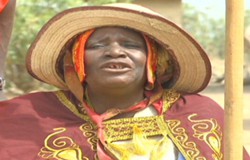 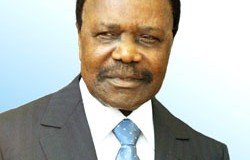