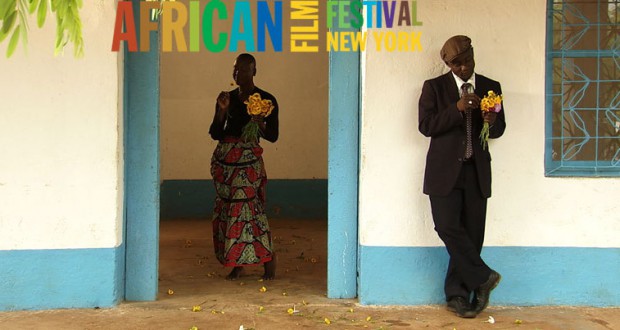 The 2009 New York African Film Festival, presented under the banner â€œAfrica in Transition,â€ takes an introspective journey across the African continent with films that create a vision of Africa’s future through a deconstruction of its past.

A centerpiece of the festival is Jihan El-Tahriâ€™s Behind The Rainbow, which probes the history of the governing African National Congress party. Director Ralph Ziman presents a new South African Scarface with his irreverent gangster movie, Jerusalema; meanwhile Triomf, by veteran director Michael Raeburn, focuses on South Africaâ€™s white poor. Rounding out the focus on South Africa is the artists collective, Filmmakers Against Racism, which produced a series of short films in response to the xenophobic incidents that rocked South Africa in 2008.

The festival also offers an introspective look at Africa through new contemporary works. It spotlights three up-and-coming female Kenyan filmmakers: Lupita Nyongâ€™o (In My Genes), Judy Kibinge (Killer Necklace), and Wanuri Kahiu (From A Whisper). Meanwhile, the 21st century reality of young African asylum seekers within Europe and Africa is explored in Area Boys and Paris Ã  tout Prix. This yearâ€™s new directors join veterans across the continent in configuring a new vision of Africaâ€™s future.

Veteran filmmakers Jean-Marie Teno and Mahamat Saleh Haroun are back with films that, like those of the new generation, question the purpose and direction of African filmmaking. With Sacred Places, Teno asks African filmmakers who their audience is â€“ and who it should be. Haroun surprises us with a comedy about the Diaspora (Sex, Okra and Salted Butter), which highlights the importance of his own African audience.

This yearâ€™s festival recognizes the journey into Africaâ€™s future with coming-of-age tales L’Appel des ArÃ¨nes, Bronx Princess and Nora, which follow young people who reclaim their cultural legacies to create new opportunities. Fighting Spirit and YandÃ© Codou expand on this idea by exploring the lives of well-known historical figures who have influenced generations.

The full listing of films being shown at the festival are:

Behind the Rainbow – South Africa/Egypt

Come Back to Sudan – USA/Sudan

From a Whisper – Kenya

The Importance of Being Elegant – UK/USA/Ghana

In My Genes – Kenya

Meteni: The Lost One – Ethiopia

Paris or Nothing – Cameroon

This is My Africa – Nigeria/UK