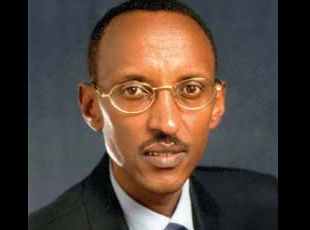 Paul Kagame is showing the world that there is hope in Africa.  Rwanda is leading the way and President Kagame’s leadership is the main reason.

Fareed Zakaria has written a very intersting article on Rwanda for Newsweek:

One of the great underreported stories of the last decade has been the rise of this new Africa. In 2007, before the economic crisis hit, 37 countries on the continent were growing at 4 percent a year or more, and 34 countries there are classified by Freedom House as “free” or “partly free.” The OECD reports that, in a first, Africa gets more money from investors than from foreign aid. The continent remains poor, disease-stricken, and often poorly governed. But for the first time in a long time, there is forward momentum.

Nowhere is this more true than in Rwanda. If ever a nation seemed des-tined to fail, it was Rwanda. A little more than 15 years ago, the country suffered the most brutal genocide since the Holocaust. In 100 days, Hutu mobs slaughtered more than 800,000 Tutsis, one tenth of the population, a literal decimation. Many thought Rwanda would plunge into a death spiral like other “postconflict” countries, such as Somalia.

In fact, Rwanda has become a model for the African renaissance. It is now stable, well ordered, and being rebuilt every month. Average incomes have increased by 30 percent. The country has a na-tional health-care system, burgeoning countrywide education, and much less corruption than is usual in Africa. It is becoming increasingly attractive to corporations and tourists. In 2007, Fortune published an article titled “Why CEOs Love Rwanda.” The heads of Starbucks, Google, and Costco are among the country’s supporters.

Ask anyone who has studied Rwanda—African or Westerner—what its secret is and they will say leadership, by which they mean Paul Kagame. Kagame commanded the rebel army that ended the genocide and has been a driving force in Rwandan politics ever since. His guiding philosophy is self-reliance, which means he shares in the critiques of foreign aid, such as the one recently penned by Zambian economist Dambisa Moyo. “The debate about good and bad aid misses the point,” he said to me while he visited New York last week. “Aid must do things that wean people off aid—if not, aid is a failure.” He acknowledged that foreign aid makes up 50 percent of his own budget but pointed out that the number had been 85 percent, and has been dropping steadily.

Kagame didn’t rely on outsiders to build his crucial success, which was political rec-oncil-iation. He started out by following the standard model in which perpetrators of violence were prosecuted and then jailed. “But soon we had 130,000 in jail—and many more [suspects] outside,” Kagame said. “The genocide in our country involved a huge percentage of our population, both in terms of those who were killed and those who killed.” So Kagame arrived at the idea of using an indigenous system—gacaca courts, essentially local village councils where people confess and are punished but are mostly forgiven and reintegrated into the communities from which they came. As The New Yorker’s Philip Gourevitch has pointed out, this has led to a unique situation among postgenocide countries. In Germany, Jews fled (to America and Israel). In the Balkans, the various sides were separated into ethnic enclaves or distinct nations. But in Rwanda, killers and the relatives of their victims live side by side, in every village in the country, and together are building their future.

There is an edge to Kagame’s independence. He is dismissive of international advice, pointing out that Western experts told him his reconciliation plans were flawed and that his country was “unviable” economically. He has fueled the conflict in neighboring Congo by supporting local warlords and militias, and he accuses United Nations peacekeepers of exacerbating the problems there. He is not a supporter of the International Criminal Court, even though it indicted Sudanese President Omar al-Bashir for actions that resemble, in smaller degree, the genocide in Rwanda. “International justice is a fraud,” Kagame said to me, arguing that French officials, for instance, should be tried for helping to train and arm the Hutu–dominated military that carried out the Rwandan genocide. “Why does it appear strange that justice would apply to somebody in Europe who has a responsibility? They can never do wrong, therefore justice does not apply.”

Kagame has his faults. Though elected, he rules like an authoritarian. But in his emphasis on self-reliance he provides an intriguing picture of what a more hopeful African future might look like—driven by capitalism, pride, indigenous traditions, and a prickly nationalism that insists on finding its own path to success.