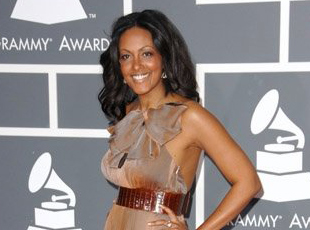 Â In a strange turn of events, Wayna is arrested in Houston after a baton used in her show (for a song about police brutality) is found in her bag.Â Â

A judge has dismissed a charge against Grammy-nominated singer Wayna after she was arrested at a Houston airport for trying to bring a collapsible police baton through security.

Wayna was charged with possession of a prohibited weapon Wednesday. The third-degree felony was dropped Friday. Wayna, who attended the hearing with an attorney, uses the baton as a prop while performing.

Wayna released her second album, “Higher Ground,” in 2008. One song on the album is “Billy Club,” a ballad about police abuse. She twirls and points the baton when performing it live.

Wayna thanked prosecutors for not pursuing the incident further.

“The senior prosecutor recognized the case for what it was: an honest mistake that did not rise to the level of a criminal offense,” Wayna said in a statement. “Based on the facts, that was undoubtedly the correct decision, and we are thankful for that decision.”

Wayna said she forgot the baton was in the carry-on bag, along with CDs, makeup and “other materials she carries to performances.”

“Obviously, the past 48 hours have been life-altering,” she said. “I’m incredibly relieved and grateful that it’s over and that justice prevailed.”

Wayna’s song “Lovin You” was nominated this year for a Grammy for best urban/alternative performance.

For more information on this beautiful songbird, visit her website.