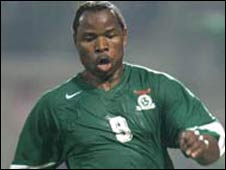 African teams competed for coveted spots on the 2010 World Cup and Africa Cup of Nations qualifiers this past weekend.

Roguy Meye and Moise Brou Apanga scored in the second half to complete a comfortable win for Gabon.

Cameroon drew 0-0 against Morocco in Yaounde on Sunday.

Ikechukwu Uche took advantage of a defensive slip to open the scoring for the Super Eagles in only the second minute of the game.

Kenya had several chances to get into the game, but failed to convert any of them.

Obinna Nsofor scored twice in the second half, the first a penalty, the other a spectacular shot that smashed into the roof of the net.

Zambia beat Rwanda with a 1-0.

Rainford Kalaba headed home the only goal of the game in the 79th minute.

The victory takes Zambia to four points, after they drew 1-1 with Egypt in the opening game of the final round of qualifiers.

Algeria shocked their North African rivals Egypt with a 3-1 triumph in Blida on Sunday.

Karim Matmour opened the scoring for the hosts in the 60th minute.

Benin were narrow 1-0 victors over Sudan in Cotonou.

Razak Omotoyossi’s strike after 19 minutes proved to be the difference between the sides.

In the group’s other tie, Ghana secured a 2-0 away victory over Mali.

Kwadwo Asamoah and Matthew Amoah were scorers of the two second half goals.

Moumouni Dagano, who plays in Qatar, grabbed the only goal of the game in the 70th minute with a well-taken close-range volley past stranded goalkeeper, Swadik Sanudi.

It was Dagano’s 10th goal in the World Cup campaign so far making him the top scorer on the continent for the 2010 qualifiers.

Bakary Kone opened the scoring for the Elephants on the stroke of half time.

Sambegou Bangoura struck an equaliser for the home side halfway through the second half.

But Romaric scored what proved to be the winner seven minutes later. 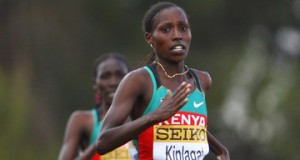 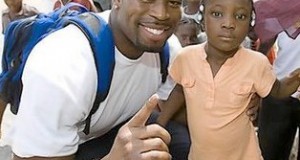