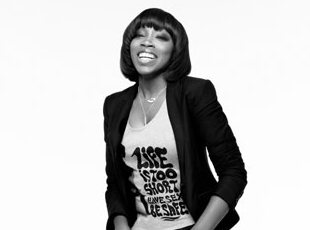 Estelle Teams Up With H&M For Fashion Against AIDS

Estelle is one of the celebrities that has teamed up with fashion giant H&M for Fashion Against AIDS.

Celebrities are making a stand to raise awareness and help fight AIDS with H&M and Designers Against AIDS (DAA). Some of the celebrities who have come together with them in designing t shirts, dresses, vests and bodies suits include Dita Von Teese, Katy Perry, Murphy, Estelle, Cyndi Lauper, N.E.R.D, Robyn, Yoko Ono, Yelle, Moby, Katharine Hamnett, Dangerous Muse, and Tokio Hotel.

Many of the designs have an 80’s feel to them which is so hot for summer 2009 and the collection has begun selling on May 28, 2009 and 25% of the sales will be donated to youth HIV/AIDS awareness projects. You can purchase the designs in over 1,000 divided department locations in over 30 countries world wide.

This is Estelle’s design: