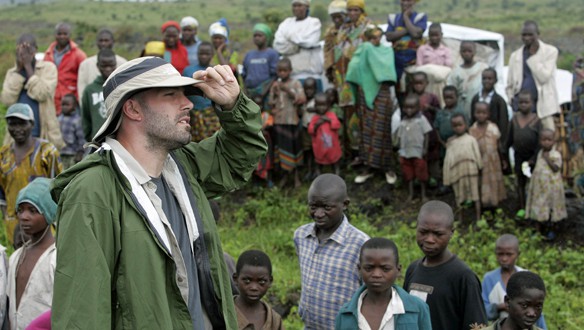 Actor Ben Affleck launches an initiative to assist communities ravaged by war in the Democratic Republic of the Congo (DRC).

Affleck told CNN’s Christine Amanpour that he had long heard about the crisis in Congo, which has left more than 5 million people dead over the past 12 years, but only came to understand the scope of the humanitarian crisis after repeated visits to the country.

“The more I traveled, the more I was struck about it, the more I fell in love with the people, the more I was horrified by what was happening.  And the more I did, I started to develop this idea of partnering with the Congolese people and wanting to empower community –based organizations that were doing extraordinary work,” Affleck said.

In an effort to support community organizations working to help rape victims and to rebuild from a decade of war, Affleck announced last month the launch of the Eastern Congo Initiative.

“There are folks who are working to protect those who are suffering from gender- based violence, who help soldiers to advance the educational needs of the citizens there,” Affleck said. “There are people who live in the communities, who are from there, who understand the relationships there, who are Africans finding solutions to African problems. And when I was there, what I saw was that those were, in my view, the most effective folks at meeting those goals.”

Affleck referenced one groups known as LAV, “ Let Africa Live” which taught practical trades, such as carpentry, auto mechanics and textile production, to reintegrate both former soldiers and victims of the violence back into society.

Affleck wants Washington to do more to address the humanitarian situation in the DRC.  He strongly believes the Eastern Congo received less international attention when compared to Darfur.

Affleck told CNN, “The United States really needs to develop a comprehensive policy toward Congo as a whole, much in the same way it did toward Sudan in late 2009, which it doesn’t have Eastern Congo, despite what a sort of mess the place is.” 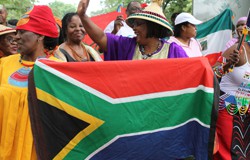 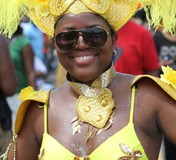