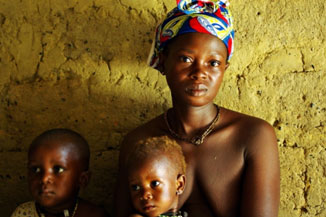 Free Healthcare for Pregnant Women and Children in Sierra Leone

Sierra Leone is launching a new health care initiative that offers free medical care to infants up to 5 years and to pregnant mothers.  The program was launched on Sierra Leone’s 49th anniversary of the country independence from Britain.

The United Kingdom’s (UK) Department for International Development (DFID) is providing $70.5 million to Sierra Leone under a 10-year Reproduction and Child Health Care plan. From those funds, $22.6 million will be used to fund the free health care program over the next three years.

It has highest mortality rate in the world for children less than 5 years of age according to UN Amnesty International.

The BBC reports that free health care in Sierra Leone is expected to save the lives of more than one million mothers and children, at an initial cost of 19 million.

Ratiszai Ndlovo, Sierra Leone’s UN Population Fund representative told the BBC Umaru Fofan that although medical equipment had been ordered and some drugs distributed around the county, everything was still not in place for the launch of the health care plan.

“But I think we cannot start the programme with everything in a perfect condition.”

There are also other challenges affecting the implementation of the program. For example, Sierra Leone’s bad roads and the lack of ambulances means pregnant women living in the more isolated part of the country are often slow to receive attention.