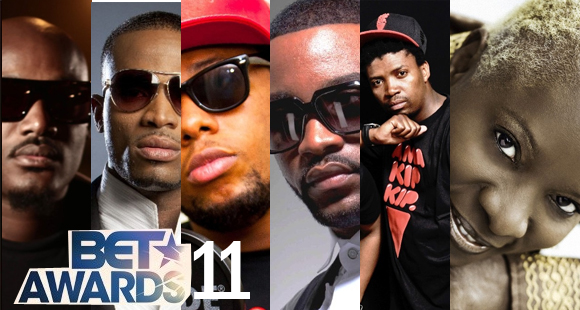 This year the stars come out to celebrate the best in the industry at the 2011 BET Awards. This event is scheduled to take place in Los Angeles on Sunday June 26th.

As usual, it will be broadcasted live on BET and will get coverage from various media platforms including PalavaHut. This year is scheduled to be an exciting year with a lineup of star studded performers and celebrities. The June 26th event will be hosted by comedian Kevin Hart and will have performances from Alicia Keys, Jill Scott, Chris Brown, Lil Wayne, Drake, Beyoncé, Mary Mary, Donnie McClurkin and Shirley Caesar just to name a few. There is also a scheduled honoree award ceremony for Patti LaBelle and Steve Harvey.

This event is also reaching out to Africa, our stomping ground, by recognizing the best International Act out of Africa. On the list of people nominated to win are the following well known and soon to be known artists. It is our opinion that all of them are Winners and we support and cherish their individuality and their musical genius. Kudos to all..

When Nigeria’s 2Face Idibia enters the place, the world takes notice. A former member of the group Plantashun Boyz, he’s been doing big things as a solo artist.

D’Banj is one of Nigeria’s leading MCs, and he plays the harmonica to boot. The son of a military officer and a church elder, he’s served as a United Nations Youth Ambassador for Peace.

This versatile rapper is known to infuse an assortment of genres (R&B, rap, reggae) into his feel-good jams.

Sporting a golden voice, Fally Ipupa of the Democratic Republic of Congo stays on top.

Originally piercing the world’s consciousness in 1994, Benin’s Angelique Kidjo recently tackled the music of her childhood with her new LP, Oyo.