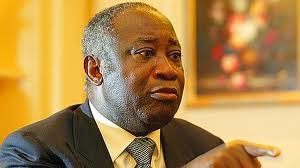 Laurent Gbagbo, the self-declared president of Ivory Coast, was arrested Monday, sources said, potentially ending a civil war that has claimed hundreds of lives in the cocoa-producing West African nation.

After days of holding out, his compound was stormed by troops on Monday, according to Ivorian, French and U.N. sources.

Gbagbo’s refusal to accept that he lost a presidential election to Alassane Ouattara last year plunged the country into civil war.

He was arrested “to stop these killings, this fighting,” Bamba said, adding that he thinks the conflict will stop as news of Gbagbo’s capture spreads.

U.S. Secretary of State Hillary Clinton said Monday that the political transition in Ivory Coast “sends a strong signal to dictators and tyrants. …They may not disregard the voice of their own people.”

“There will be consequences for those who cling to power,” Clinton warned.

It was not immediately clear who captured Gbagbo.

Bamba and the French Embassy in Ivory Coast said Gbagbo was seized by forces loyal to Ouattara, the man whom the international community recognizes as the country’s rightful president.

“The French army is there right now,” he said.

Gbagbo was taken to the Golf Hotel, the headquarters of both Ouattara and the United Nations, in Abidjan, the country’s main city, a U.N. spokesman said.

U.N. forces were not involved in the raid on Gbagbo’s residence, said Hamadoun Toure, a spokesman for the U.N. mission.

He had earlier said the mission did not extend to extracting the former president from his stronghold.

But U.N. and French troops have pounded Gbagbo’s forces, citing their mission to protect civilians in the country.

The fighting left Abidjan with sporadic power and sanitation, and residents told CNN dead bodies were left on the streets.

At least tens of thousands of people have fled into neighboring Liberia to escape the fighting, Oxfam, the international aid organization, has said.

The International Committee of the Red Cross said 800 people had been shot dead in the western cocoa-producing town of Duekoue during the conflict. A U.N. official put the death toll at 330 in the incident.

U.N. Secretary-General Ban Ki-moon last week predicted that the outcome of the crisis in the Ivory Coast would set the tone for other nations in Africa.

“What happens in Cote d’Ivoire has huge implications for the continent that will have 16 presidential elections this year,” he said, using the French name for the country.

Gbagbo lost the presidential election to Ouattara in November, according to international observers, but refused to leave office. The two sides have been battling for control of Abidjan for weeks.

Violence escalated into all-out war when Ouattara’s forces launched an offensive that brought them into Abidjan.

Ouattara’s forces appeared to be on the verge of capturing Gbagbo last week, but he seemed to have used an offer to negotiate as a way to buy time and gather his forces.

The attack came after pro-Gbagbo forces shelled the hotel where Ouattara and the United Nations are headquartered, said Choi Young-jin, head of the U.N. mission in the country.

Together with the French military, U.N. forces targeted key positions.

Ban said he ordered the military operation Sunday “to prevent the use of heavy weapons which threaten the civilian population of Abidjan and our peacekeepers.”

Previous: Delta Airlines resumes directs flights to Liberia
Next: Future of broadcasting on display at NAB 2011